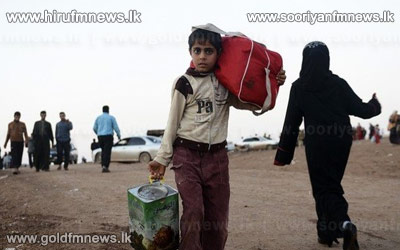 A majority of UN Security Council members support a trip to inspect Syrian refugee camps inside Jordan but Russia and China remain opposed to a visit.

Jordan this week warned that the growing exodus of Syrian refugees who had flooded over its border to escape civil war -- already over 500,000 -- was placing a "crushing weight" on the country.

The 15 Security Council member nations discussed the possibility of sending a delegation to visit the refugee camps in Jordan but were unable to reach an agreement.