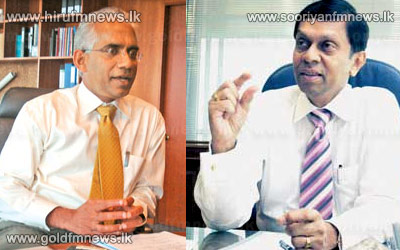 The UNP states that the data included in the report issued by the Central bank regarding economic development for last year is false.

Speaking at a press conference held yesterday UNP parliamentarian Eran Wickramaratne stated that this report was presented to publish false facts of the government.

Our news team inquired from the Governor of the Central Bank Ajith Nivard Cabraal regarding the allegations raised by the UNP MP.

In response the governor of the central bank stated that all the data included in the Central Bank report is true.

He also stated that if there are questions regarding the report to present proof that the data is incorrect.