Another proposal against Sri Lanka by the Tamil Nadu Provincial Assembly 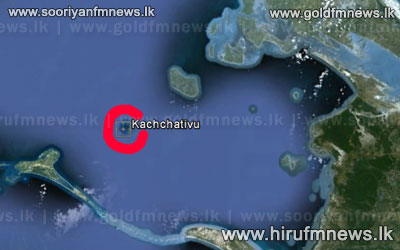 In a bid to put an end to frequent attacks on Indian fishermen by Sri Lankan navy, the Tamil Nadu legislative assembly on Friday unanimously adopted a resolution urging the Centre to retrieve Kachchativu island ceded to Sri Lanka under a 1974 agreement signed between India and Sri Lanka.

Tamil Nadu fishermen say they cross the International Maritime Boundary Line (IMBL) to fish in the waters of the Kachchativu island as part of a traditional norm and hence get attacked by the Sri Lankan navy.

The Lankan navy personnel, however, accuse the fishermen of going beyond the island and closer to the country's borders to fish.

Immediately after assuming charge in 2011, the AIADMK government adopted an unanimous resolution in the assembly, allowing the state revenue department to implead itself in a case filed by Jayalalithaa in the Supreme Court, in her capacity as AIADMK general secretary in 2008.

The petition sought to get the 1974 and 1976 agreements between both the countries on ceding Kachchativu to Sri Lanka as unconstitutional.

Critics state that this latest step taken by Jayalalitha is aimed at winning over the LTTE sympathizers in Tamil Nadu.