Turkish government signs a deal with a Japanese-French consortium 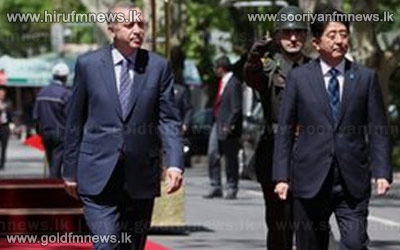 The Turkish government has signed a deal with a Japanese-French consortium to build a new nuclear power station.

The 22 billion contract is Japan's first successful bid for an overseas nuclear project since a tsunami wrecked the Fukushima power station.