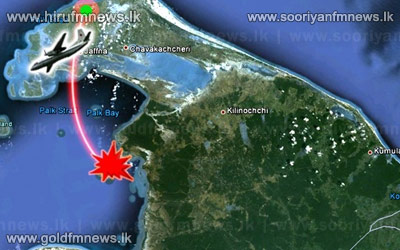 Parts were salvaged of a Lion Air Antnov 24 craft today which was brought down by the LTTE in 1998 adjacent to the Kilinochchi-Iranathivu coastline.

The craft was shot down from the sky along with 61 of its passengers & crew.

Parts of the air craft were salvaged based on a court order with the intervention of the navy.

According to our correspondent officers attached to the government analysts department, the attorney general’s department & court officials had been present during the retrieval of the wreckage.