Government parties state conditions regarding election in the North 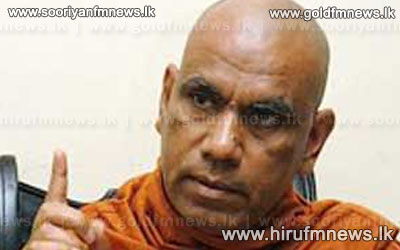 The JHU and the National Freedom Front, two parties which are part of the government are requesting that the Northern Provincial Council Election not be held.

The JHU believes that the election will be held under foreign influence.

Leader of the JHU venerable Omalpe Sobitha Thero had the following to say in this regard.

Meanwhile, the media spokesperson M. Musammil states that if the Northern Provincial Council is held, his party will have to take a crucial decision.

However, the chairman of the movement to protect the nation, venerable Alle Gunawansha thero states that if the Northern Provincial Council election is held, his movement is prepared to take legal action.

The UNP however has already confirmed it will contest the Northern Provincial Council Election.

Speaking at a press conference held in Colombo general secretary of the UNP parliamentarian Thissa Attanayaka made the following statement.