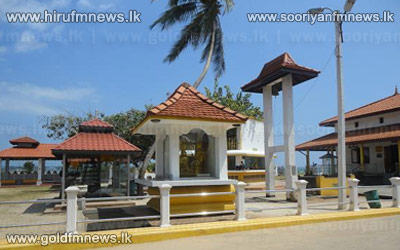 The Meetiyagoda police states that two sacks filled with cash offerings has been stolen from the historic Hikkaduwa-Seenigama Dewalaya last night.

According to police the stolen cash has been estimated at nearly 300,000 rupees.

The trustee board in charge of the Dewalaya had yesterday commenced the counting of offerings and was scheduled to tally the rest of the cash today.

However when they had arrived today the sacks had gone missing.

According to police the cash has been stolen by thieves who had entered the premises through its roof.