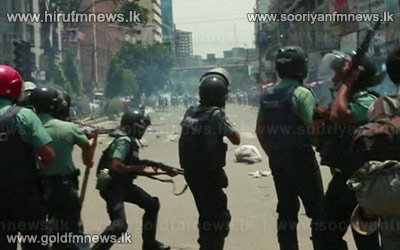 Police in Bangladesh have used stun grenades and rubber bullets to disperse a huge demonstration by Islamist protesters in the capital Dhaka.

Up to half a million supporters of the group Hefazat-e Islam had gathered in the city to call for stronger Islamic policies. Rioters went on to set fire to shops and vehicles.

At least seven people were killed and 60 injured in clashes with police.