Pleas for release are to no avail; Hulugalle comments on Sally 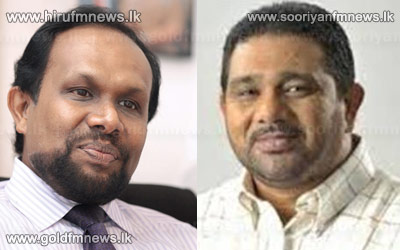 Director General of the Media centre for National Security Lakshman Hulugalle states that soliciting President Mahinda Rajapaksa to secure the release of Asath Sally is to no avail.

Addressing a media briefing held in Colombo today Hulugalle made this observation in reply to a question posed by a journalist.

The Daughter of Asath Sally in a letter addressed to the president urged him for her fathers release.

However according to Hulugalle the reasons for Sally’s arrest remains a statement which he had made to an Indian magazine against the country.

The Director of the MCNS also added that Asath Sally is being interrogated further under Detention orders and went onto say that he had commenced consuming food yesterday subsequent to abstention.