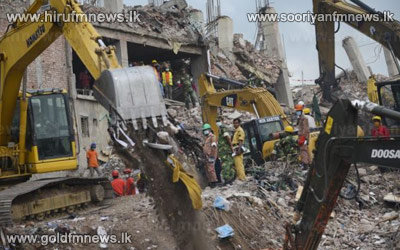 The death toll from the collapse of an eight-storey factory building near the Bangladeshi capital, Dhaka, has passed 700.

The announcement came after workers pulled dozens more bodies from the rubble.

Many people are still missing.

Nine people, including the building's owner, have been arrested.

The collapse of the Rana Plaza on 24th April stands as Bangladesh's worst industrial disaster.

Officials say about 2,500 people were injured in the collapse and that 2,437 people have been rescued.