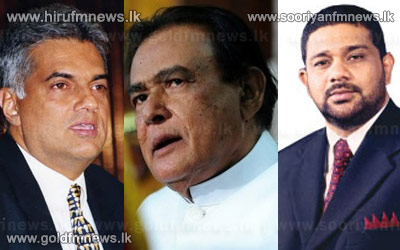 Opposition Leader Ranil Wickremesinghe made a special statement in parliament today about the former Deputy Mayor of Colombo Azath Salley who is currently detained by the CID.

Prime Minister D.M.Jayarathne replied on behalf of the government.

Director General of the Media Center for National Security Lakshman Hulugalle earlier stated that Salley has made some anti government statements and some provocative remarks which would lead to conflict among different ethnic and religious groups.

He said more allegations on fraud and criminal breach of trust against him have also come to light.

Replying to a question raised by our correspondent, Hela Urumaya leader Venerable Omalpe Sobhita Thera expressed his view on the arrest of Azath Salley.