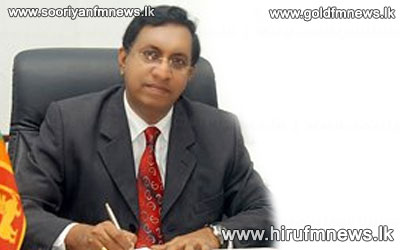 The Petroleum Industries Ministry insists that it has not stopped providing crude oil to run thermal power plants of the Ceylon Electricity Board.

The ministry also stated that it has sufficient stock of fuel to run thermal power plants in the country.

The Power and Energy Ministry yesterday stated that a crisis in Electricity generation has cropped up as a result of the non - supply of fuel by the Petroleum Corporation to the Electricity Board for several days.

A senior Power and Energy Ministry spokesman said that the lack of fuel had impeded electricity generation at the Kerawalapitiya and Kelanithissa Power Plants.

The spokesman also said that hydro power production had been obstructed due to the Mahaweli Ministry refusing to permit the out-flow of water from the reservoirs close to the Power Plants.

The Ministry spokesman further said that as a result of this the insufficiency of the total electricity production would impede electricity supply.

Although we tried several times to contact the chairman of the CEB and the Petroleum resources Minister, our attempts turned futile.

However commenting on the matter, Minster of Petroleum Industries Anura Priyadarshana Yapa said his ministry has not taken any decision to stop fuel supply to the CEB.

Meanwhile UNP General Secretary Tissa Attanayake addressing a media briefing held in Colombo today said that the relief announced by the Government for the low electricity consumers has become futile.

However the All Ceylon Samurdi Development, Agricultural Research and Production Assistants Association stated that thousands of consumers including Samurdi beneficiaries will receive benefit from the relief given on the electricity bill.

Meanwhile a discussion between the Power and Energy Minister Pavitra Vanniarachchi and the representatives of CEB trade unions was held today.

An operation committee member of the Joint Trade Union Federation of CEB Ranjan Jaya Lal told our news team that the issue of the revised electricity tariff was not included in today’s discussions.