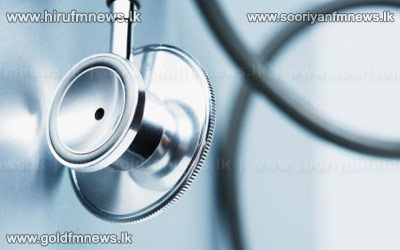 Assistant doctors and radiologists are engaged today in a work to rule campaign in government hospital throughout the island.

The doctors and radiologists have resorted to trade union actions demanding the communication allowance which is already given to medical doctors.

Meanwhile Secretary of the Government Radiologists and Technical Officers Association Dharmaratna Epa said that the government radiologists too started a work to rule campaign today demanding a risk allowance.

When our news team contacted the Ministry of Health, its top official said the assistant doctors’ issue is nearly solved.

He also said a special meeting will be held this evening to discuss the existing career problem of the radiologists.