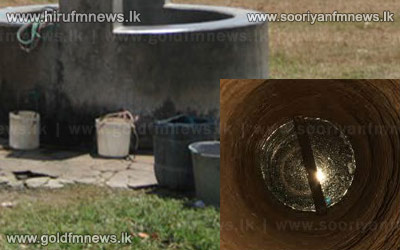 The Ministry of Health has initiated a special program to test the fluoride levels of the well water in the Anuradhapura, Polonnaruwa and Kurunegala districts.

This program has been initiated under the instructions issued by the Minister of Health Maithreepala Sirisena and the distribution of the relevant equipment was carried out yesterday at the Ministry.

Following a survey carried out, it was revealed that the residents of the regions in question have contracted non communicable diseases due to the fluoride content in the water of drinking wells.

Hence the ministry of health stated that the increased level of fluoride in drinking water was responsible for the unidentified kidney disease, urine infections and several other ailments.

It has been identified that 8000 out of the 30,000 drinking wells in the Anuradhapura district have increased fluoride levels.