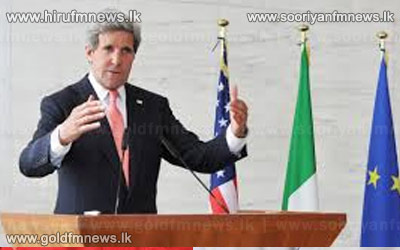 US Secretary of State John Kerry warned against Russian missiles sales to Syria saying it would be "destabilising" to the region as he seeks to build diplomatic efforts to end the bloody conflict.

He also reiterated the US stand that Syrian President Bashar al-Assad has no role in any transitional government which emerges from growing efforts to bring the warring sides together to map out a political solution.

After three whirlwind days of talks in Moscow and Rome, Kerry is looking to end the stalemate in the 26-month conflict and bring the opposition and the regime to negotiations to end the fighting which has claimed 70,000 lives.