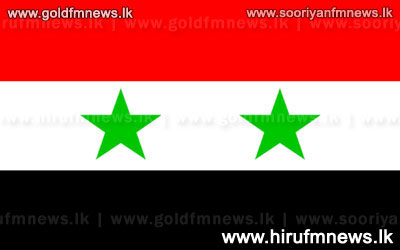 3 Sri Lankan’s caught in Syria’s conflict cross fire have arrived in the island.

According to Sri Lanka’s Ambassador to Lebanon Ranjith Gunarathna the repatriation of these individuals had been made possible through the assistance of the International Organization for Migration.

Initially with a concentration of nearly 1000 migrants Sri Lankan workers, the number has now dwindled to around 13 individuals.

According to Ambassador Gunarathna 3 more Sri Lankan’s are due to arrive in Sri Lanka next week.

However Lebanon chargers that Israel had violated Lebanese air space in order to launch the attack on Syria.

With nearly 80,000 Sri Lankan migrant workers in Lebanon our news team contacted Sri Lanka’s Ambassador to Lebanon Ranjith Gunarathna in order to obtain further views on the ground situation in the country.