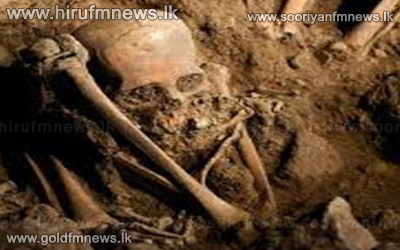 The Matale Magistrate ordered the CID to record statements from 13 persons who filed petitions with regard to the Matale mass grave claiming that their relatives were believed to have been buried at the site.

The Magistrate gave this order when the 13 petitions were taken for trial today.

The 13 persons who filed petitions on last Wednesday appeared before the court today when the petitions were taken for trial.

The petitioners had requested the court to probe the Matale Mass Grave findings as the bones of their missing relatives during 1988-89 period are believed to be among the unearthed human skeletons.

Matale Magistrate Chaturika de Silva ordered the CID to fix May 14th to record the statements from the petitioners.

The Magistrate stated that the investigations would continue further and fixed the case to be taken on May 31.

10 attorneys-at-law appeared for the petitioners today.

The Matale mass grave was unearthed while the site was excavated to set up a bio-gas unit in the premises of Matale hospital on November 23, 2012.