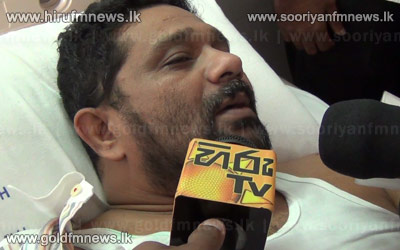 Former Mayor of Colombo Asath Sally who was arrested by the Criminal Investigations Department was transferred from the Colombo National Hospital to the Nawaloka Hospital today.

According to his attorneys the transfer had been made upon considering his health status.

Leader of the United Socialist Party Sirithunga Jayasooriya today stated that Sally was released by the CID today.

When contacted the Police Media Spokesperson as well as the director General of the Media centre for National security however noted that an official statement in this regard could not be made.

Meanwhile former Mayor of Colombo Asath Sally expressed the following views to our news team with regards to a recent affidavit made by him.