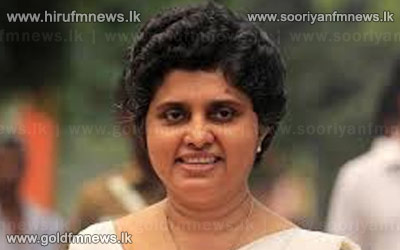 Former Chief Justice Dr.Shirani Bandaranayake had been informed to appear before the Commission in connection with a case against her alleging that she had engaged in suspicious financial transactions.

Her lawyers told our news team that the charges are baseless and they filed objections against such unfounded allegations.