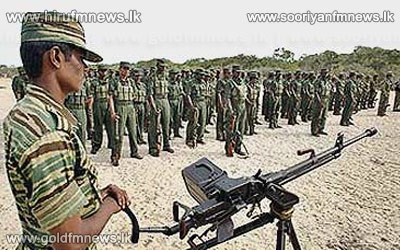 Gunasundaram Jeyasundaram a childhood friend & contemporary of LTTE leader Velupillai Prabhakaran has deplored the acts of its terrorist leader.

Gunasundaram a vanguard member of the LTTE expressed these views while making a statement before the Colombo Supreme Court today.

The Media Centre for National Security subsequently issued a release to the media containing the statement of Gunasundaram Jeyasundaram.

The statement reads that Gunasundaram had conceded procuring arms for the LTTE & purchasing ships for the organization.

Gunasundaram in his statement says that he maintained close contact with LTTE leader Velupillai Prabhhakaran & had actively supported the terrorist outfit.

Having met Sea Tiger Leader Susai, , its political Leader Thamil Selvam, Chief of Police Nadesan & International leader Castro Gunasundaram accepts that he had met an individual by the name of Karan, who had been conducting LTTE activities in London & had used vessels owned by him to transport weapons via sea.

Taking the initiative to establish two companies in Singapore under the names of Jaya pack & Harie Merchant Gunasundaram Jeyasundaram had funneled funds through to the LTTE from countries mainly such as Switzerland & Canada.

He admits that he had subsequently purchased a ship to haul weapons for the LTTE.

However in his statement before court Gunasundaram Jeyasundaram adds that he was profoundly taken back by the role of the LTTE & denounces its violent & extremist methods while encouraging all others to follow suit.

He also asserts that factions of the LTTE scattered across the globe should immediately cease their actions as they continue to inflict more harm on the Tamil community in Sri Lanka.