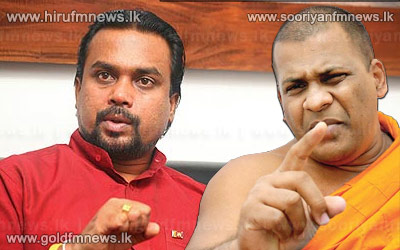 Minister Wimal Weerawansa states that information has come to light that a Buddhist association in America that is acting against Muslims has had connections with the Tamil Diaspora.

Speaking at a function held in Lindula in Thalawakale the minister further stated that this association is receiving support from Norway.

However, speaking at the general summit held in Kegalle to celebrate the 1 year anniversary of the Bodhu Bala Sena organization, secretary of the BBS venerable Galagodaaththe Gnanasara thero expressed the following in response to the minister’s statement.