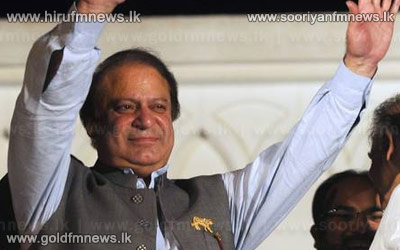 Former Pakistani PM Nawaz Sharif is celebrating with his supporters, amid early signs that his party will be the largest after parliamentary elections.

Media projections based on partial results suggest a big lead for Sharif's Muslim League, and he has already claimed victory.

The election should lead to the country's first transition from one elected government to another.

The turnout was huge but the poll was marred by violence.

In Karachi, the Pakistan Taliban said they planted a bomb which killed 11 people and wounded 40 others.