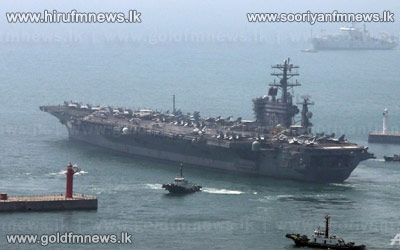 South Korea and a US strike force led by the nuclear-powered aircraft carrier USS Nimitz kicked off a joint naval drill slammed by North Korea as a "wanton" provocation and rehearsal for war.

The two-day exercise began with the departure of the 97 thounsand-tonne Nimitz, one of the world's largest warships, from the southern South Korean port of Busan where it had been docked over the weekend.

A number of other naval ships including guided-missile cruisers and a guided-missile destroyer will also take part in the drill designed to "reinforce regional security and stability".