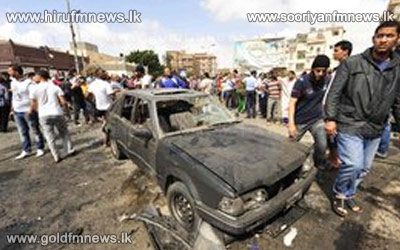 A car bomb explosion near a hospital in the Libyan city of Benghazi has killed several people.

The blast follows a string of bombings in the eastern city in recent days.

Security remains precarious in Libya since the uprising against long-time leader Muammar Gaddafi, with protests by militias and attacks by Islamists.