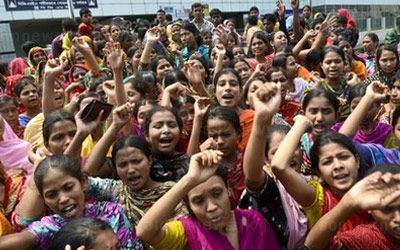 Many Bangladeshi textile factories near the capital, Dhaka, have shut because of unrest sparked by the collapse of a factory building last month.

Owners made the decision on safety grounds after many workers went on a rampage.

The government says it will lift trade union restrictions amid pressure to improve workers' conditions.

At least 1,127 bodies have been recovered from the Rana Plaza building.

Officials say the rescue operation is drawing to a close, with the military expected to hand over the site to the district administration today.