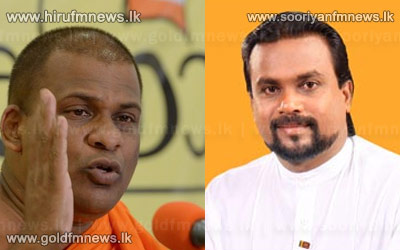 The rift between the Bodu Bala Sena Organization and Minister Wimal Weerawansa which erupted following certain remarks by the Minister at a recent public rally held in Lindula has now been deepened.

However participating in a leaflet distributing campaign held in front of the Fort Railway Station yesterday evening, Minister Weerawansa responded the Thera’s challenge while making an allegation against another representative of the Bodu Bala Sena.

Our news team also queried Dr.Vithanage about certain allegations against him that he is representing Norway.