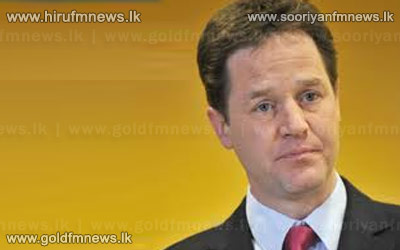 Britain today warned that there will be consequences if the Sri Lankan government continues to ignore their international commitments in the lead up to the Commonwealth Heads of Government meeting in November.

He said this in response to a question raised by British MP Simon Hughes who questioned the Commonwealth attendance of British Prime Minister David Cameron & calls by pressure groups to boycott the summit.

He said that despite the controversy and unease surrounding the matter, the UK’s attendance during the Commonwealth Heads of Government meeting in Sri Lanka would be used as an opportunity to cast a spotlight on Sri Lanka’s alleged abuses.

Meanwhile the government of Sri Lanka has informed the European Parliament that irrespective of Sri Lanka’s categorical rejection of the Channel-4 footage in the “Killing Fields” documentary and its authenticity, Sri Lanka nevertheless, is in the process of investigating the allegations.

Sri Lanka’s Head of Mission to the EU, Ambassador P.M. Amza also reiterated Sri Lanka’s request to Channel-4 to provide original materials available with them to help the investigation process.

The Ambassador has also said that as a native Tamil speaker, he could provide ample evidence to prove that Channe-4 indeed had a sinister motive to discredit Sri Lanka with the connivance of the pro-LTTE diaspora organizations.

The Ambassador also refuted allegations on the killing of a 12 year old boy identified as the son of the LTTE leader.