President Rajapakse arrives in the island. 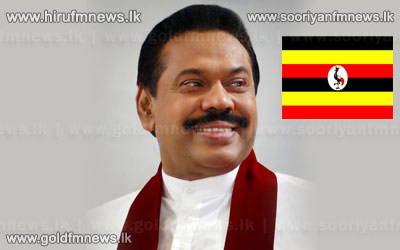 This was President Rajapaksa’s second official visit to Uganda.

The last visit was to attend the Commonwealth Heads of Government Meeting in 2007.