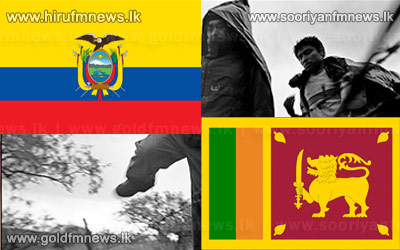 Ecuadorian authorities state that a ring which had smuggled immigrants from India and Sri Lanka into the United States through Ecuador has been broken up with the arrest of six people.

Three Indian nationals and two members of Ecuador's immigration police were among the six people arrested in the port city of Guayaquil, where the smuggling network operated.

According to Deputy Interior Minister Xavier Cordoba the smugglers had charged 5,000 US dollars per person.

Upon having illegally entered Ecuador illegally, the migrants would be sent to Central America and from there to the United States.

Police, who said the arrests were made following a two-month investigation, seized documents, laptops and nearly 100,000 US dollars in cash.