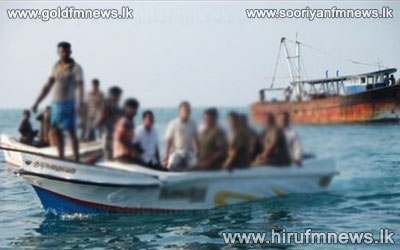 The government of India said to be planning "deterrent" action against Indian fishermen violating international waters with Sri Lanka, finding that trawlers and ships from the continent are the biggest source of confrontation.

the licenses of fishermen who are repeat offenders of the International Maritime Boundary Line stems from their refusal to heed the earlier warnings.

In response Minister Peiris had requested for a meeting between the fishermen's associations of the two countries to resolve the issue.

The move to rein in the Indian fishing community seeks to address a major flashpoint between New Delhi and Colombo, threatening the diplomatic detente besides emerging a polarizing issue in Tamil Nadu politics.