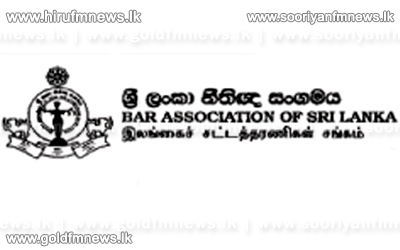 the planned general strike which is scheduled for the 21st of this month.

A release issued today bearing the signature of its Secretary Attorney-at-Law sanjaya Gamage adds that the decision in this regard was drawn at an executive committee meeting of the Bar association which was held this afternoon.

Members of the Joint Trade Union Alliance had requested the Bar Association yesterday to provide its support with regards to the planned general strike on the 21st.

Accordingly the executive committee of the Bar Association convened this afternoon & drew its decision.

Today’s release issued by the Bar Association notes that if the democratic rights of the people are hindered in any manner it would not hesitate to uphold justice.

Co-convener of the joint Trade Union Alliance Wasantha Smarasinghe speaking to our news team expressed the following views with regards to the Bar Associations decision today.