We will take to the streets; says JHU 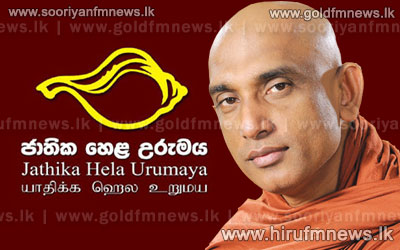 The Jathika Hela Urumaya stated that if the government conducts the Provincial Council election in the North due to influence from India they would take to the streets.

Chairman of the JHU Ven. Athuraliye Rathana Thera expressed these views at a media briefing that was held in Colombo yesterday.

Speaking further Parliamentarian Ven. Athuraliye Rathana Thera also clarified the stance of the JHU with regard to the matter.

Meanwhile, the National Freedom Front states that a strong mandate should be built against the conducting of provincial council elections in the North.