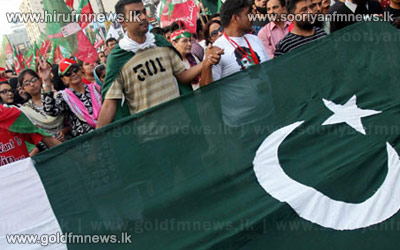 A senior female Pakistani politician has been shot dead in the southern port city of Karachi.

She was killed by gunmen on a motorcycle outside her home in the city's up market Defence neighbourhood.

Her murder comes on the eve of a highly-contested partial re-run of last Saturday's general election.