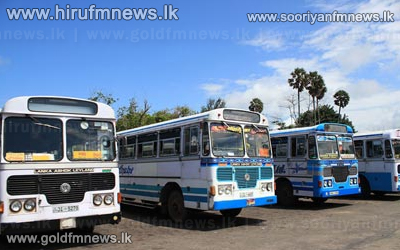 Bus Associations remain polarize over the planned strike which is due to come into effect from midnight today.

According to the all Ceylon Private Bus Owners Association an island wide strike would come into effect from midnight today despite obstacles.

Chairman of the ACPBOA Stanly Fernando speaking to our news team expressed the following views in this regard.

However Chairman of the Lanka Private Bus Owners Association Gamunu Wijerathana said Buses under the purview of his association would not take part in any strike scheduled for tomorrow as well as the day after.

He also added that his association does not hope to inconvenience commuters during the Vesak season.

Meanwhile the National Transportation commission states that steps would be taken to cancel route permits of any & all buses taking part in the strike.

Chairman of the NTC Roshan Gunawardhana speaking to our news team expressed the following views in this regard.