The opposition on strike today against the electricity tariff hike. 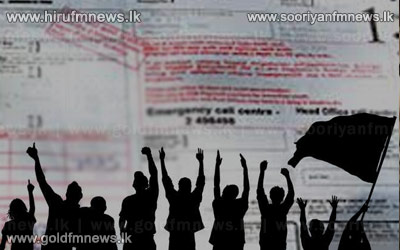 The convener responding to a query by our news team said that the members of his trade unions and associations had been instructed to wear black bands.

However he expressed regret at not being able to join the strike.

The combined Trade Union Alliance had convened a media briefing in Colombo yesterday against the strike in support to the protest against the electricity tariff hike.

Expressing his view on the occasion UPFA Western Provincial Councillor S. A. D. Jagath Kumaara said that his trade union would take steps to resolve people’s problems by working jointly with the Government.

However, convening a media briefing yesterday the National electricity consumers’ Movement said about 67 per cent of the reservoirs were full.

Secretary of the said Union, Bandula Chandrasekera  said that due to this  profit would accrue to the Electricity Board as a result of production of electricity.

The secretary also charged that by increasing the electricity tariff, action had been taken to provide funds to the Treasury rather than to obtain money for the Electricity Board.