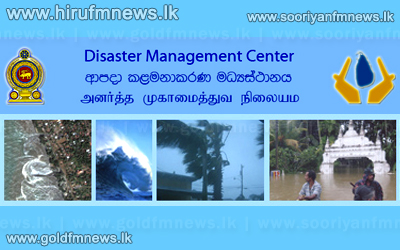 The centre for disaster management states that the water levels in the regions inundated due to the Nilwala River and the Ging Ganga overflowing is gradually subsiding.

Deputy Director of the centre for disaster management Pradeep Kodippili expressed the following views regarding this.

The Department of Meteorology states that incessant showers may be experienced in the western, southern, Sabaragamuwa, Uwa & Eastern provinces of  the country due to inter monsoonal conditions coming into effect.