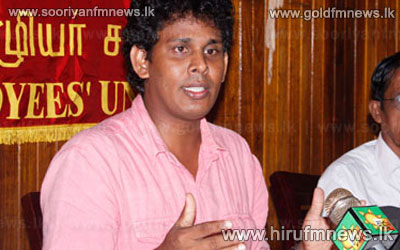 The Co-ordination Committee for the Trade Union Alliance states that the token strike launched with the participation of a number of opposition trade unions against the increase in the electricity tariffs is currently underway successfully.

The co- convener for the Co-ordination Committee for the Trade Union Alliance JVP provincial council member of the North Central Province Wasantha Samarasinghe stated that 100% of the private sector employees and approximately 35% of the estate sector employees have joined this strike.

However, the Lanka Kam-karu Organization, a trade union affiliated with the government, claims that the strike is unsuccessful.

The secretary of the central committee of the Lanka Kam-karu Organization, Somaweera Chandrasiri stated that employees have accepted the concept of safeguard the country first and the workplace second by not joining the strike.