At least 91 dead as massive tornado strikes US city 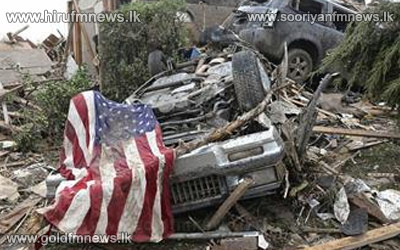 A powerful tornado swept through an Oklahoma City suburb , tearing down blocks of homes, two schools and leaving at least 91 people dead, including 20 children.

The state medical examiner's office released the latest death toll but the number was climbing rapidly, as emergency crews combed through smashed homes and the collapsed remains of an elementary school in Moore, Oklahoma.