A signal was given to the government - says Lal Kantha 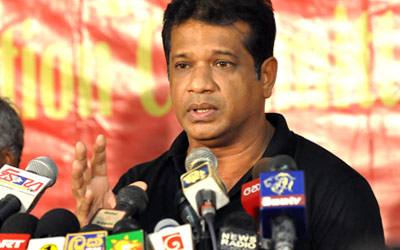 Chairman of the National Trade Union Centre K. D. Lal Kantha states that if the government does not properly understand the message delivered by the token strike held today, a new program will be launched after the Wesak Poya day.

The former JVP parliamentarian made this statement while speaking at a press conference held this afternoon in Colombo.

Speaking further at the press conference organized by the Co-ordination Committee for the Trade Union Alliance K. D. Lal Kantha stated that through this strike the relevant message was delivered to the government.

Meanwhile, Deputy Minister Earl Gunasekara has convened a press conference at his residence and queried whether former JVP parliamentarian K. D. Lal Kantha will be resigning from his post as the strike was unsuccessful.