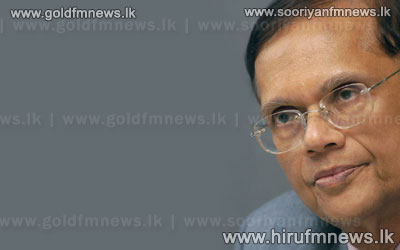 On this occasion the Minister said that there was a dialogue between political parties representing the Government with regard to the election.

The Minister pointed out that it was a sign of democracy.

The Foreign Affairs Minister said while delivering his reply to the adjournment motion the TNA had moved in parliament yesterday.

The TNA moved an adjournment motion over several facts arising out of the reply Foreign Affairs Minister G L Peiris gave in response to the statement opposition leader Ranil Wickramasingha made in Parliament.

TNA leader R. Sambandan speaking in Parliament had this to say....