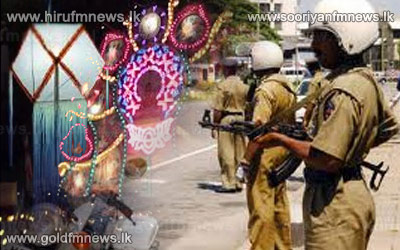 The police headquarters says that more than 2000 police personnel have been deployed for the security of devotees visiting the Colombo City in view of the Vesak Festival.

Police Media Spokesman SP Buddhika Siriwardhana told our news team that police personnel in civvies too had been deployed for the devotees’ security.

The Sri Lanka Transport Board has commenced a special bus service in view of Vesak.

The SLTB special bus service was put into operation for the public travelling to Colombo during the Vesak Week from May 21st to 27th.

A SLTB special fleet was in operation from the Central Bus Stand in Pettah from yesterday to transport passengers from Colombo to Galle, Matara, Kataragama, Badulla, Monaragala, Nuwara Eliya, Anuradhapura, Polonnarurwa and other cities.