FEB in discussions with Saudi government to obtain extension on amnesty 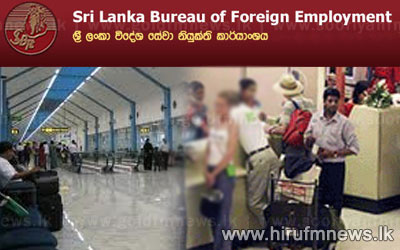 The Bureau of Foreign Employment states that discussions are underway with Saudi government to obtain an extension of amnesty on behalf of the illegal Sri Lankan migrant workers who continue to occupy the country.

The Government of Saudi earlier pronounced a period of amnesty until the 3rd of June.

According to sources it is reported that around 6,000 Sri Lankan migrants are illegally occupying Saudi soil.

The FEB notes that it has been able to bring down 700 of these migrant workers so far.

Deputy General Manager of the FEB Mangala Randeniya speaking to our news team expressed the following views in this regard.