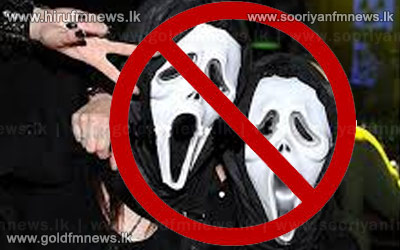 Ministry of Buddhasasana and Religious Affairs says that it would take actions to ban deformed masks during religious season.

Ministry Secretary M.B. Dissanayake said that his ministry has received a number of public complaints regarding deformed masks made locally or abroad.

He also requested the Inspector General of Police to assist him prevent the sale of such masks in the local market.

Dissanayake also stated that complaints have been received regarding certain traders who include unethical as well as substandard goods in ‘Atapirikara pooja’.

He insisted that actions will be taken to bring such traders also into book soon.

A senior co-ordinating officer of Minister Sirisena stated that the documents in this regard are being prepared by ministry officials.