Showers to continue due to South Western monsoon 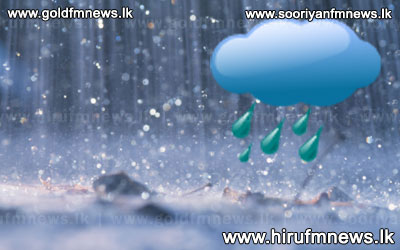 A wet phase of Madden-Julian Oscillation wave is expected to impact Sri Lanka next month with heavy rain.

The Climate Prediction Centre of the US National Weather Services has said that the wave is able to influence ground weather by facilitating formation of clouds, precipitating rains, even triggering storms and monsoon onset.

The Indian Ocean, South India and Sri Lanka are expected to get impacted.

The strong phase would kick off from May 28 and last for 11 days until June 7.

Director of the MET Department S R Jayasekara speaking regarding the matter stated that the South Western monsoon will take effect from tomorrow but a special phase of it has not been identified as yet.

However, he stated that if storms are triggered by the South Western monsoon winds, it could affect the weather patterns on the ground as well.