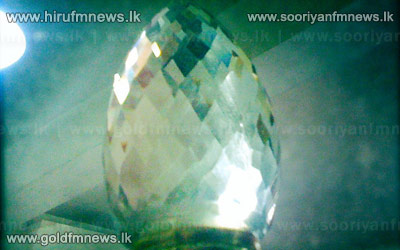 The crest jewel brought down to adorn the Mihinthale Sela Chaithya was handed over to the Chief Incumbent of the temple by President Mahinda Rajapaksa today.

The crest jewel will be escorted to Mihinthale through a special vehicle procession.

The crest jewel will be laid on the Chaithya on Poson Poya day.