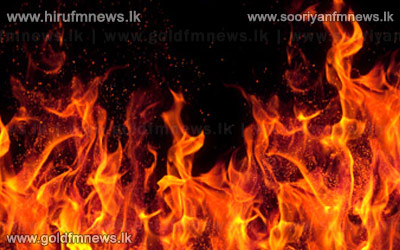 Trade Unions attached to the ports authority state that the fire which erupted at a cargo warehouse at the port complex last morning is suspicious.

General Secretary of the All Island General Port Employees Union chandrasiri Mahagamage added that the it was perplexing as to why the fire extinguishing apparatus within the warehouse failed to function when the fire had erupted.

Moreover according to Mahagamage the fire extinguishing unit of the ports authority had reached the location of the fire nearly 30 minutes subsequent to the occurrence of the incident.

Goods stored at the ware house were completely burned in the fire, while the cause of the fire is yet to be ascertained.

A special investigation is being launched by the ports authority into the incident.