Monk who self immolated in Kandy passes away 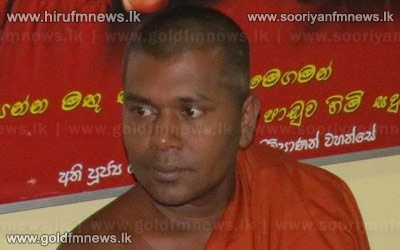 Ven. Bowaththe Indarathana Thera who set fire to himself inf ront of the Sri Dalada Maligawa succumbed to his injuries last evening.

He was also the Hambathota District Chairman of the Sinhala Ravaya Organization.

Prior to his immolation Venerable Bowaththe Indarathana Thero had passed down two letters to our Kandy correspondent.

One of the letters had been addressed to President Mahinda Rajapaksa & the other had been a declaration made to the sacred tooth relic.

A considerable amount of requests had been contained in both letters while the prime request had been purge cattle slaughter from the country.