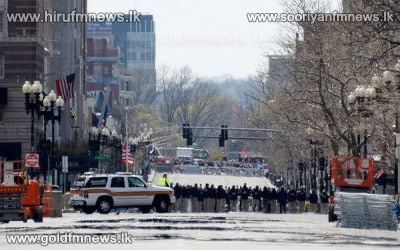 Thousands of runners have completed the final mile of Boston Marathon, five weeks after they were forced to abandon the race after two bombs exploded.

The event was billed as "OneRun", with the slogan: "We'll get our finish."

Three American flags and one Chinese were carried in remembrance of three people who died by the finishing line, and the policeman killed days later by the two brothers thought responsible.

One brother was killed in a shootout with police; the other was captured.