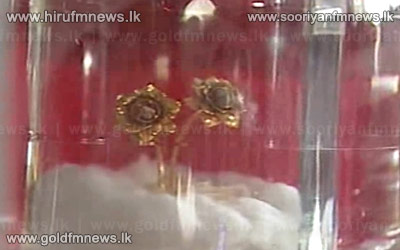 The special float which is transporting the Kapilavastu relics that were exhibited during Vesak at Kiri vehera, Kataragama has stopped at Vajira Giri temple for Buddha pooja in the noon.

After the Buddha pooja, the float will leave for Sri Subhuti temple in Vaskaduwa and devotees can pay homage to the Kapilavastu relics when the float stops at several temples on its way to Vaskaduva.

Our special correspondent travelling with the float stated that devotees in numbers are expected to pay homage to the Kapilavastu relics during its journey to Vaskaduwa this evening.