Final rights of UNP MP Dr. Jayalath Jayawardana to be held next Monday. 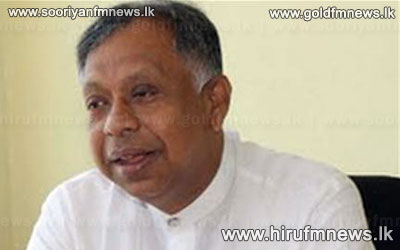 The body of late Dr. Jayawardana will be flown home tonight, from the hospital where he was receiving treatment at the time of his death in Singapore and, kept in a private funeral parlour in Colombo.

The remains of the late Dr. Jayawardana will then be taken to his home at Weligampitiya, Ja Ela from tomorrow morning till Monday for public respects to be paid.

Late Dr. Jayawardana who was 59 years old at the time of his death made his debut in parliament as an MP for Gampaha district in 1994.

Later he won the Ja Ela electorate in the General Election 2001 and became the Reconstruction and Resettlement Minister of the UNP Government from 2002 – 2004.

The UNP appointed late Dr. Jayawardana as the Chief Organiser for the Negombo electorate where he obtained 58, 302 votes in the general election in 2010 to become the 4th in the Gampaha District UNP List.

Meanwhile the Chief Organiser of the UNP MP John Amaratunga expressed his views on the former MP late Dr. Jayawardana.